Statistics show that Europe’s roads are getting safer, with the number of road fatalities reducing by 20% over the past seven years. At the same time, however, the proportion of older people injured or killed on the roads has risen.

Applus+ IDIADA is participating in the ‘SENIORS’ project, to develop car test methods and tools, such as crash test dummies, to better assess the protection of older road users. 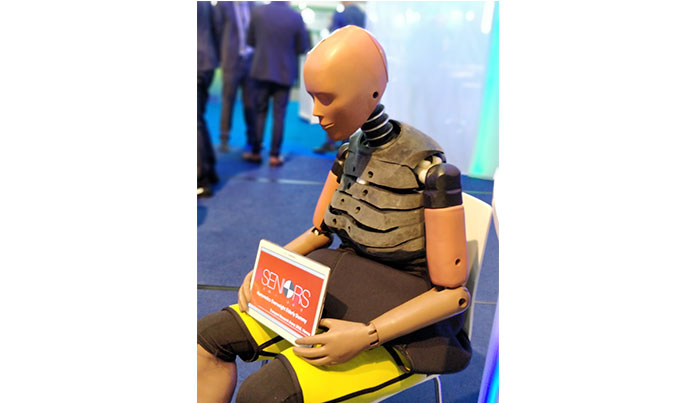 With the percentage of people over the age of 80 expected to increase to almost 30% by 2080, the high rate of road accidents involving older people is similarly likely to grow.

Current safety testing by the automotive industry does not take into account the distinct physical differences between older and younger drivers. The crash test dummies used to mimic human drivers and passengers in safety tests are usually based on people between the ages of 20 and 65 years old.

This means that many devices and pieces of equipment designed to make cars safer may be unable to provide optimum protection for senior citizens, a group that currently accounts for almost one-fifth of Europe’s population. The SENIORS project, aims to tackle this issue by developing test methods and tools that address the bodies of older people.

In order to create their senior citizen crash test dummy, the project team collected data to determine the statistically average person, and scanned the bodies of real people. They then combined this information to create a 3D-printed replica of a 70-year-old woman. At 1.61m in height and with a BMI of 29, the dummy represents the average traits of the older people most commonly injured in road accidents. 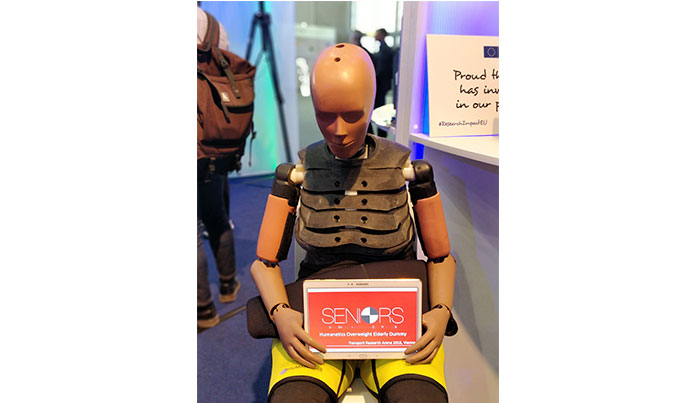 The project is also testing seatbelts that are specifically designed to protect the older body. As the most common injuries in older motorists and passengers affect the chest, the researchers looked at creating new kinds of seatbelts to prevent these kinds of injuries.

Generally, seatbelts are designed to follow the skeletal bone structure of the wearer, resting along the collarbone, ribs and pelvic bones. In the event of an accident, the belt puts pressure on the bone, which resists that pressure without causing internal damage. For overweight older people, however, the belt often rests on the belly instead, putting pressure on the soft abdomen in the event of an accident.

One innovative design that the SENIORS project team is investigating uses two straps criss-crossing over the body. The team is also examining the effects of load limiters (devices used in most seatbelts to minimise injury by the seatbelt webbing) with different restraint systems to identify the best solution for an older person’s body, without compromising on protection generally.

The challenge is to make vehicles safer for older people while maintaining the current high level of safety for younger people. The same seatbelt must be able to protect both a physically fit and athletic 18-year-old and a more sedentary 70-year-old.

The physical differences experienced by older people compared to the rest of the population are not just important in the event of an accident, they can also inhibit everyday driving. As people get older, their eyesight and hearing become poorer, their reaction times slow when faced with unexpected incidents, and they cannot move as nimbly as younger drivers.

By contrast, younger drivers have better physical ability than older drivers, they can move more easily and experience less panic in stressful traffic situations. However, as many vehicle systems are not yet developed with older users in mind, there is a clear need to identify and implement technologies to compensate for some of the physical difficulties faced by older drivers.